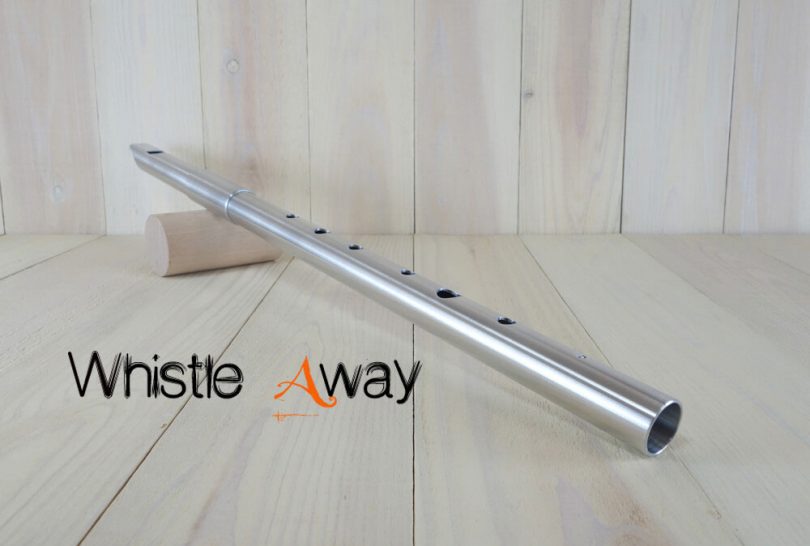 The much sought after Chieftain Low D Tin Whistle is a right up there with the best money can buy and a real gem in any whistlers arsenal. It is a brand based on the original Overton design.

The whistle is designed and crafted by Phil Hardy of Kerry Whistles, and is a favorite of many recording artists, the Riverdance musical relied heavily on the chieftain penny whistle.

It produces an amazingly clear and rich tone comparable to a more expensive low whistle. The quality and price, therefore, have made this instrument a market leader.

The popularity of the whistle often means they can be hard to find, particularly the tuneable whistle that allows the player to make slight adjustments to get that perfect sound.

The review below is written by a user after using the low whistle for a period of one year, and it covers the various aspects of the whistle like the construction, tuning, volume, tone and breath requirement

Bernard Overton was the original inventor of the Low D whistle and the Chieftain Thunderbird designed by Phil Hardy is one of the more popular variants of this whistle type. Since the whistle has a low reedy and fat tone, it is called the “Thunderbird”.

Thunderbird is a metal whistle which is entirely made from aluminum, unlike most other d whistles that combine metal with plastic, Delrin and other materials. The whistle design itself is very simple and it is only available in silver color. It is very elegant and simple to look at. It should be noted that the surface of the whistles can get scratches fairly quickly. These scratches can be removed by buffing and polishing so that it remains shiny. However, some users, let the scratches remain as a personal touch

There are a number of the low-D whistle variants are available. One variant has a fixed pitch, which is a concert pitch of A=440. However, Phil Hardy has confirmed that customers can exchange their whistle free of cost. The fixed pitch D whistle can be exchanged for a tunable D whistle if required or vice versa. If there is no tuning slide, it is no possible to change the pitch. Hence most players prefer to have a whistle with a tuning slide, so that they have more flexibility, especially when they playing with others. The tuning slide on the Thunderbird whistle is easy to use and allows a wide range of settings. The slide is greased for greater flexibility and has a cork to seal it.

Compared to the other low whistles, the Thunderbird requires more air from breathing, especially for the top part. Hence beginners who have not used d whistles earlier, will find it difficult to use it and it may take some time to adjust to this whistle. However anyone who is familiar with low whistles, should be able to master it quickly. The Thunderbird has holes which are fairly large, its bore is cylindrical in shape and wide, a reach that is slightly wider than other whistles. However, the hole spacing is not ergonomic, and players with smaller hands may not be able to use it easily. However, most average men should not face any problems.

The volume of the Thunderbird whistle is definitely more than that of a typical D whistle since it is designed for a higher volume. However, compared to the high D whistle in the Chieftain series and other musical instruments, the volume of this whistle is much lower. The whistle should only be used at the smallest session, it will not be audible elsewhere. The top of the first octave and the second octave are audible, other lower notes (F#) are likely to get drowned out. It is also recommended that the player should not be seated near a player with a loud instrument like the accordion or banjo.

The tone produced by the Thunderbird whistle is full and strong. It sounds like a flute but the tone is fatter and reedier. Though it does not sound breathy like other low whistles. The upper octave has more chiff compared to the low octave, and both have a round tone. Most users find that the pipe delivers what it has been designed for. For more complex and breathier sounds, a user should consider purchasing other whistles from the Chieftain series

Most musicians who are interested in finding a suitable low D whistle for Irish and Celtic music will find the Chieftain Thunderbird series low-D whistle as a perfect choice. Like other low-D whistles, it is not designed for use in sessions, however, it is usually audible in most smaller sessions. The tone is also more robust and fatter than other low whistles. A person who has smaller hands, may not find this whistle suitable and should consider other brands of whistles. Overall this Thunderbird Chieftain Low D Tin Whistle from Phil Hardy is one of the best low D whistles and best penny whistles, and can be played at home for fun, in gigs or sessions.