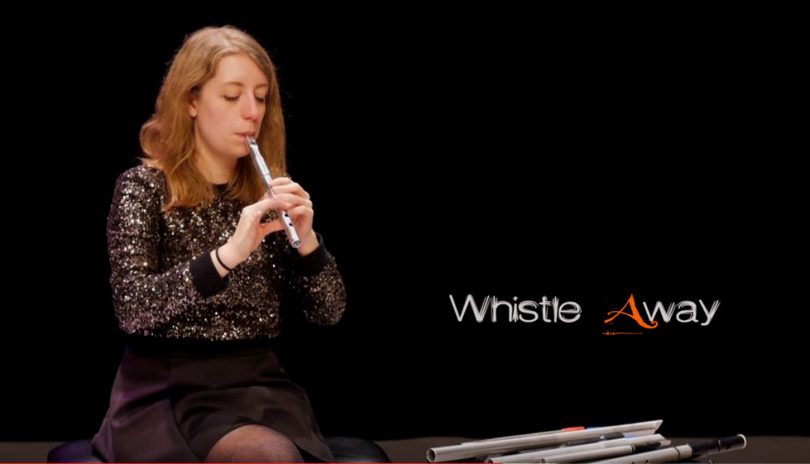 There are a variety of ornaments and articulations that are used when playing the whistle. The most common ones are:

These are easy to do. A cut is done when you briefly lift the finger above the note that you’re playing while maintaining the airflow that you have going on. A good example is when a player is playing the D whistle on a low D. Lifting the first finger of their lower hand briefly causes the pitch to shift upwards. The shift is not as long. It can be done either at the very beginning of the note or after the note has begun to sound. The latter one is referred to by some people as ‘mid-note cut’ or ‘double cut’.

Here you can watch Tin Whistle – Finger Techniques and Effects:

They are also referred to as taps. A tap is similar to a cut except for one thing. A finger below the sounded note is lowered briefly to the whistle. A good example is when a player is playing the D whistle on a low E. The tap will happen when the player quickly lowers or raises their bottom finger. Taps and cuts occur instantaneously and the listener is advised to not view them as separate notes.

Rolls are notes with both cuts and strikes. The cut comes first then the strike. They can also be considered as notes in groups that have similar duration and pitch with varied articulations.

There are two types of rolls:

This is a group of three tones that are slurred, with equal duration and pitch. The first does not have a cut or a strike, the second one has a cut and the third one has a strike.

This is s group of two tones that are slurred, with equal duration and pitch. The first one has a cut while the second one has a strike.

They are also called crans. These are ornaments borrowed from the Uillean piping tradition. They are almost like rolls except in crans, no strikes or taps are used. Only cuts are used. Where a roll is impossible to use on a whistle, the crans are used, such as when hitting the lowest note in the instrument.

This, as the name suggests, is using one’s tongue to vary the power of notes when playing the whistle. It is used sparingly and almost precisely for emphasis on certain notes. Whistle layers, especially tin ones, do not use this on most notes. To tongue a note, one briefly touches their tongue to the roof of the mouth at the front, at the start of the note. It is almost like a percussive attack. Due to its emphasis on notes, tonguing is good for the first note in a tune.

This is the quick, successive variation of pitch or frequency in a note, by raising or lowering them over a small distance for the duration of the note. In order to achieve this in a whistle, you can open and close one of the open holes or varying the pressure of your breath. Between these two options, fingered vibrato is much more common than the breath (diaphragmatic) vibrato. However, on some notes like the lowest note, fingered vibrato is much more difficult than the breath vibrato. It is all in the practice.