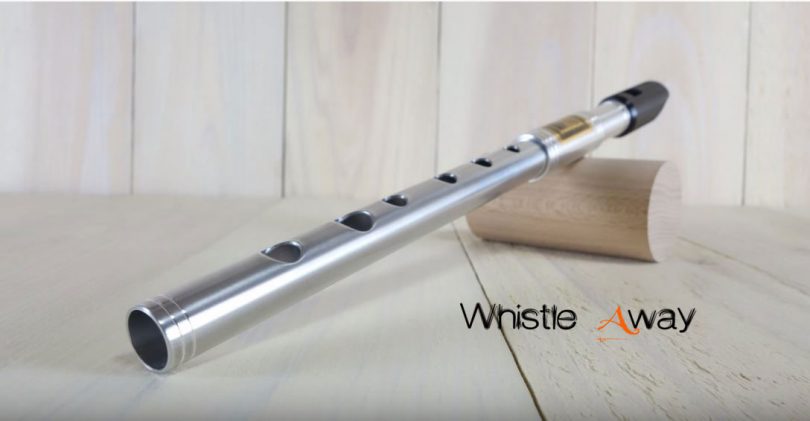 Whistleaway.com brings you this Free Tin Whistle Tutorial, developed especially for people who have just discovered the Joys of the Irish Tin whistle. Find out how to finger each note, how to breath correctly and how to blow properly! Soon it won’t be long until your picking up your first chieftain, Clark or Shaw whistle!

If you need to learn how to read music then this interactive tutorial is for you.

Left hand at the top? Or right?

Some people instinctively pick up their first whistle and put their right hand at the top, although not wrong it may have some issues down the line.
First off, it won’t matter if you put your left hand or right hand at the top, as long as you can play the notes, your tunes will sound just as good as anybody else.
But…. let’s say down the line you want to progress onto the flute or the pipes which is a natural progression in Irish music, then you will have a problem! In order to get the notes out of these instruments, you must use your left hand, or your arms will be in a tangle.
So beginners, when your starting to play, use your left hand for the top holes on the whistle and save your self the hassle of getting in a tangle later on!

Our tutorial has been described as a great tool to help young people, learn the whistle.

“I wanted my five year old son to start learning Irish Music, thanks to this whistle tutor, he’s on his way” Alice, Leeds, UK

“This is simply the best online teacher for both young and old starting out on the tin whistle, a very valuable resource, Thank You” Chris, San Francisco, USA

“You just saved me at least $100, I found it very hard getting started but with your tutorial I’m well on my way, Thanks” Julie, Brisbane, Australia

Here is how the Burke Whistles expained a few of terms